fresh air for all New Yorkers

Meet Harlan Juster, the doctor who is advancing

According to the Centers for Disease Control, tobacco is the leading cause of preventable disease disability and death in both the United States and in New York State. In New York, tobacco use is responsible for more than 28,000 deaths every year — that’s more than alcohol, auto accidents, and shootings. Since 1964, the Surgeon General’s Warning has appeared on all tobacco products sold in the United States. Additionally, May 31st is World No Tobacco Day, intended to encourage 24 hours of abstinence from all forms of tobacco consumption around the globe. This year, I spoke with Dr. Harlan Juster, Director of the Bureau of Tobacco Control New York State Department of Health on the many coordinated efforts New York State offers to help New Yorkers quit smoking. After reading a few of his tweets, I was encouraged and excited to meet a health care professional who is taking big tobacco head-on, advocating public health policies.

It’s a fact that smoking increases the risk of severe health problems, many diseases, and death – not just for the smoker but also in the community. “We have 2 million smokers still in New York state, that’s about 14% of our adult population. Which is quite low, compared to other states,” noted Dr. Juster. America’s Health Rankings, published by the United Health Foundation, a not-for-profit, private foundation dedicated to improving health and health care, reported that Utah is the healthiest State with just 8.9% of the population smoking; West Virginia was least-healthiest at 26%. It’s estimated that just over 17% of the total U.S. population smokes. The target is to reduce the national prevalence of cigarette smoking among adults to 12% by 2020. 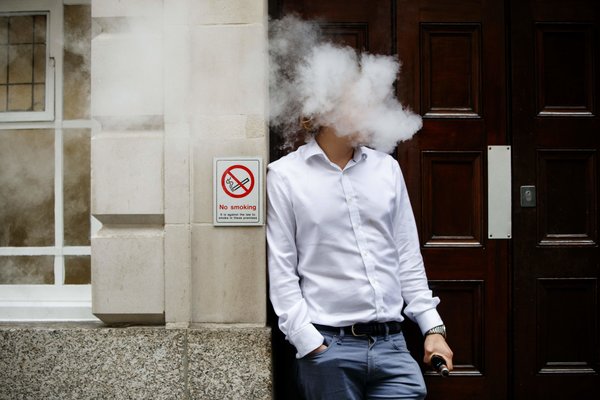 There are cost benefits to citizens, communities, and the health care system to having fewer smokers in the population. “The cost of tobacco-related health care in New York State annually alone is about $10 billion,” stated Dr. Juster. The CDC reports that smoking-related diseases cost the United States more than $300 billion a year, including nearly $170 billion in direct health care costs and more than $156 billion in lost productivity. The challenge in addressing the dangers and risk of smoking is that smoking is a very personal decision. Dr. Juster recognized the difference in taking a message he would share with a patient in his private practice versus a population of 2 million smokers across New York State. However, he also sees a unique opportunity to connect on an individual basis. “We know that 80% of smokers will see a health care provider every year, and that’s a perfect opportunity for that provider to step in and offer evidence-based tobacco treatment. That usually consists of counseling on the risks of smoking, but also to write prescriptions for treatment,” said Dr. Juster. Up to 70% of smokers want to quit and expect their physician will talk to them about it. Smokers who are advised by their doctor to stop smoking are nearly twice as likely to do so than those who are not. “From a public policy side, we want strong policies that keep youth from starting to smoke, like raising the cost of tobacco, removing the sale of tobacco products from pharmacies, maybe getting rid of some the flavors,” he concluded.

“Tobacco control is really one of the great public health success stories in this country.”

Director of the Bureau of Tobacco Control, New York State Department of Health 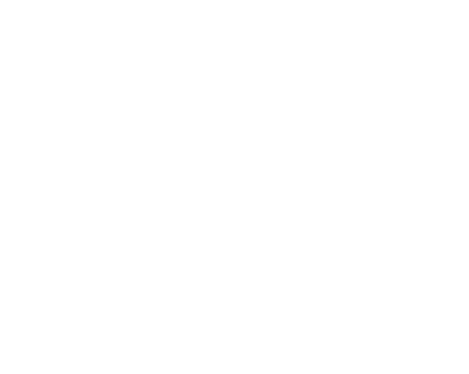 Resources to help you quit

From 2012-2013, the first quit smoking campaign aired, urging smokers to call 1-800-QUIT-NOW. At least 400,000 smokers quit due to those messages. In 2014, the CDC ran a second wave of that campaign when an estimated 104,000 Americans quit smoking for good. Dr. Juster’s Bureau of Tobacco Control has been funding the New York State Smokers’ Quitline since 2003. “It’s an outstanding service! Any smoker in New York State or someone who knows a smoker in New York State can call to get advice. They can talk with Quit Coaches to help plan to quit. Often they will receive two, three, or four weeks of free nicotine replacement therapy with to help with their quit attempt. The NYS Quitline is just as effective as other State’s programs but is much more efficient.”

Lately, the New York State Department of Health has come under fire from its graphic new ads urging citizens to quit smoking. Ironically, most of us are unaware of the over $1 million that the tobacco industry spends each hour on cigarette advertising and promotion. In the beginning, the ads were light, focused on creating a positive culture change. “We’ve done extensive research on what ad messages work and which do not,” said Dr. Juster. “We know that ads with humor or with soft messages like why you should quit did not work well. They did not compel people to make behavioral changes.” Below is an example of one of the State’s first commercials from 1984.

By 2000, the messaging evolved into ads that show the consequences of smoking or the emotional impact smoking has on smokers and their families. While the critics argued over the shock value, the ads worked driving calls to the Quitline. “As we have had success over the past twenty years, we have learned that smoking is not spread evenly across the population, it’s actually concentrated in certain areas. Individuals that are at low-income or less educated, those with substance abuse or mental illness, those with physical disabilities all tend to smoke at higher rates than the rest of the community. We are working on ways to reach them better. We currently rank in the top performing states with tobacco control. California, Massachusetts, Minnesota, New York, and Florida, these are states that are working together on tobacco control,” Dr. Juster shared.

Some European countries have taken notice of American success, taking extreme steps in their advertising campaigns or with new warning labels on tobacco products. Cigarette packs in Germany now display images of rotten teeth and blackened lungs. Certain cigarette manufacturers in the U.K. had to switch to plain packaging, without brands or imagery. Also, the top European court upheld a 2014 European Commission directive that banned flavored cigarettes, mandated that 65 percent of the surface of packs must be covered with health warnings and imposed restrictions on how much nicotine could be taken in through vaping e-cigarettes.

A 2016 study published in the American Journal of Preventative Medicine found that even current smokers believed e-cigarettes to be equally or more harmful than traditional cigarettes, a misperception that could dissuade many of them from switching to less dangerous e-cigarette products.

“Since the year 2000, the amount of youth smoking combustible cigarettes has steadily declined; in 2016 only 4% of high school age youth smoked cigarettes,” noted Dr. Juster. It’s frustrating to learn that over twenty years when the public health policy is turning the tide in the fight to reduce tobacco usage a new product enters the market, aimed at the most vulnerable targets: smokers who want to quit and young people. The challenge this time is e-cigarettes or electronic cigarettes, devices that allow users to inhale “vapors” rather than traditional cigarette smoke.

The other side of the coin is that young people are vaping at incredibly high rates. In 2015, the U.S. surgeon general reported that e-cigarette use among high school students had increased by 900 percent, and 40 percent of young e-cigarette users had never smoked regular tobacco. “We are starting to focus on vaping now,” declared Dr. Juster. “In our new budget from the Governor passed by the Legislation, two new laws will go into effect in New York State this year. One requires that anyone selling the [e-cig] liquids will have to register through the State’s Department of Tax and Finance. Step two is that they will also have to collect a 20% tax on the sale of the products. Raise the cost, who is the most price-sensitive consumers on vaping products? Young people. Vaping is a unique problem in that predatory practices are being conducted by some of the manufacturers, like Juul, who offer flavors that appeal to young people. Vaping has also been added to the Comprehensive Clear Air Act in New York State that forbids vaping in all places where cigarette smoking is banned indoors. If adults want to use these products, the most we can do is educate them on the dangers of dual-use – smoking cigarettes and electronic devices.”

One truth about the anti-tobacco fight is: there is always something new. “There are also new products on the horizon, beyond electronic cigarettes, like IQOS (I Quit Ordinary Smoking), a product of Philip Morris. Instead of a liquid being heated and aerosolized, it uses ground up tobacco. They claim because it’s not combusted or burned, it’s safer than a cigarette. Yet another device to sell their products,” said Dr. Juster.

Written by: Michael Arce, Marketing Coordinator
Any medical information published on this website is not intended as a substitute for informed medical advice, and you should not take any action before consulting with a healthcare professional.